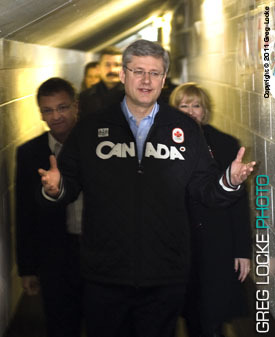 Canadian Prime Minister and leader of the Conservative Party of Canada, Stephen Harper, came to Conception Bay, Newfoundland last week during the 2011 federal election campaign. He wanted to talk about putting defibrillators in hockey rinks but the national media on the tour wanted to talk about Saskatchewan Conservative candidate, Brad Trost’s, announcement that the government was cutting public funding to Planned Parenthood and that […]