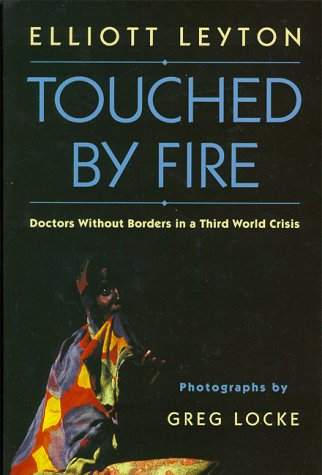 These photos were taken during various projects and news assignments in central and east Africa that followed an arc from the Dadaab refugee camps on the Kenya – Somalia border, through South Sudan, Uganda, Rwanda to Lake Kivu in the Great Lakes region of the eastern Congo and Burundi. It represents photos of conflict, humanitarian crisis and just daily life in these places between 1996 and 2005.

The largest body of work to come out of this was the book Touched By Fire, doctors without borders in a third work crisis (see below gallery) with Elliott Leyton, Professor Emeritus (Anthropology) at Memorial University in St. John’s, Newfoundland. It was published by McClelland and Stewart Canada in 1998.

Like many photographers and journalists who have spent much time in Africa, it has a profound and lasting impact and influences much of what you do and feel even after you leave. As much as these and most western media images of Africa portray wars and human misery it is really a small part of Africa’s story. Africa is a magical place and culturally rich with more than 50 countries and hundreds of languages and histories. Every time I go back I see great change and Africa’s day is coming. After all, it is the birthplace of human kind.

Purchase this book on Amazon.ca