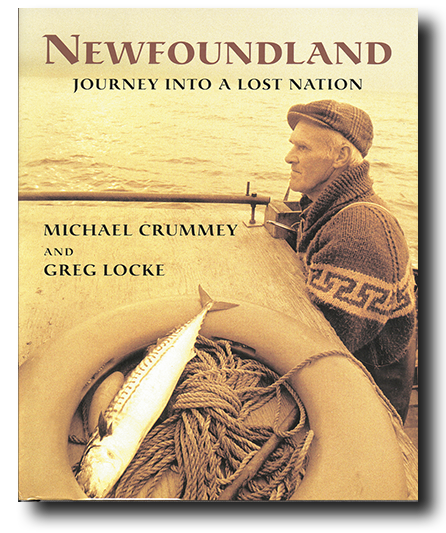 These photos are a part of a long term project to document the disappearing rural culture of Newfoundland and Labrador.  It sustained itself for nearly 500 years before meeting the modern world and the ecological disaster of the destruction of one of the world’s richest fishing grounds.  Most of these photos were shot in the years surrounding the ban on fishing for Northern Cod in 1992. A fishery, along with the seal hunt, was the sole reason for the founding of Newfoundland by the English, Irish and French in the 16th century.

After sustaining a culture and filling the coffers of England, Spain and Portugal for centuries the advent of mechanized offshore fishing trawlers – floating fish factories – owned by multi-national food companies fished the cod, and other species, to the brink of extinction. Along with it, rural Newfoundland culture and society.

More than 30,000 people were thrown out of work. With no other employment in the region the majority of them migrated to mainland Canada abandoning hundreds of fishing communities along the north east coast of Newfoundland and Labrador.

In 2004 McClelland and Stewart Canada published NEWFOUNDLAND …journey into a lost nation with many of these photos and essay by acclaimed author, Michael Crummey.  See details below the gallery.

These photos are of a Newfoundland that doesn’t really exist anymore. They are ghosts. They are not the Newfoundland of the booming oil economy, trendy high tech companies or the luxury cars, boutiques and expensive restaurants of the capital city, St. John’s.

…purchase this book on Amazon!

“Photojournalist Locke and Giller-nominated author Crummey have created a fantastic piece of work that reveals a moving portrait of Newfoundland, the place and her people”.  …Tim Peckham, The Toronto Sun.

“Together, in stunning photos and haunting prose, they capture the humour and harshness of their homeland, from the days when cod was plentiful until today.” ...The Globe & Mail, May 29, 2004

“You’ll be astonished at how acutely it has captured the world in which you once lived.
…Robin McGrath, Northeast Avalon Times

There’s a photograph by Newfoundland’s Greg Locke that shows two fishermen in a skiff on the water. An iceberg looms over them, and they are hauling a net with a white chunk of the berg toward their boat. The water is eerily calm, the photograph quiet. The men are in the middle of a mythic nowhere, on the rim of the exotic Arctic circle, hauling a little piece of the sublime from the depths. There’s a touch of magic realism about the picture — the ice is ancient and ephemeral. In part, the photograph comments on the iconic, post-card image of the weathered, hard-working Newfoundlander. But this is evidently a post-moratorium picture. These men aren’t catching cod. They’re fishing ice, probably for a bottled water or vodka plant. It reminds me of a passage in the novel One Hundred Years of Solitude by Gabriel Garcia Marquez, wherein a South American man sees a block of ice for the first time at a gypsy fair and is awed by its glacial breath and diamond-bright beauty. Both Marquez and Locke are describing the steamroller of technology and the disjunctive, surreal, dreamlike images that are left in its path. Locke’s image will appear in a book of his photographs called Newfoundland: …journey into a lost nation.  …LISA MOORE, The Globe & Mail. Tuesday, January 27, 2004