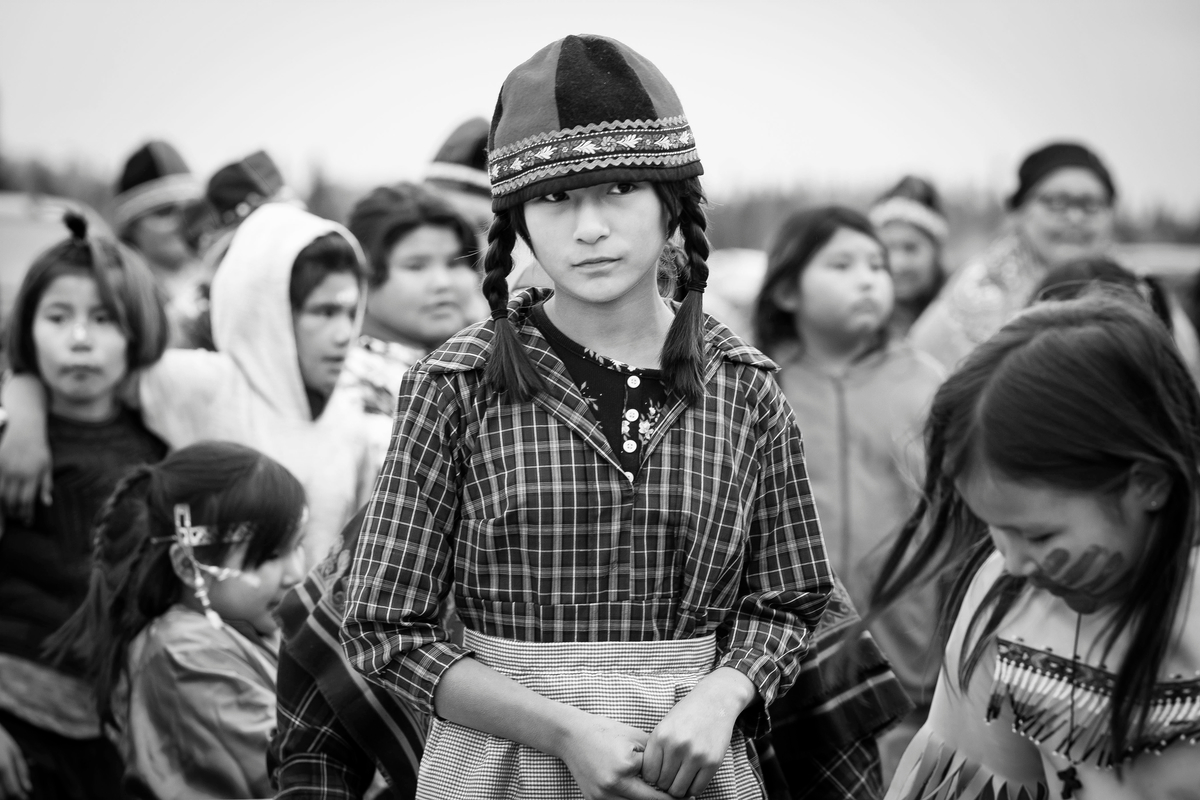 Innu children at the annual Gathering by the Sheshatshiu Innu at Gull Island in central Labrador. September 30, 2021. The Innu First Nations people of Labrador in eastern Canada are the last of the indigenous nomadic hunters in North America. Their traditional lifestyle has been destroyed by hydro, mining and military operations on their traditional land. They have been trying to negotiate a lands claim agreement with the Government of Canada for 30 years without success. They number 3000 people divided between two villages at Natuashish on the north coast and Sheshatshiu in central Labrador. Photo by Greg Locke / REDUX © 2021

NORTH WEST RIVER, Labrador -In 2021 while all things were still ground to a halt I was lucky to visit and travel with the Innu of Labrador. The Innu live in two communities in Labrador. The Sheshatshiu Innu just north of Happy Valley – Goose Bay and the Mushuau Innu in Natuashish on the more remote north coast. Each has their own band council but collectively are know as the Innu Nation. I also got to visit the abandoned village of Davis Inlet on the Labrador Sea.

I have been covering the Innu as a journalist since the 1990s when they were protesting low level fighter jet training by NATO and logging on their traditional land known as Nitassinan.

My last visit was in October for the traditional clan gathering at Gull Island on the Churchill River near Churchill Falls. This coincided with Canadian Indigenous Peoples Day of Truth and Reconciliation.  Much has been and still needs to be written about the Innu and their treatment by the governments of Canada and Newfoundland and Labrador, the church and the RCMP. The last nomadic hunters in North America were subjected to forced settlement beginning in the 1960s.  Here is a small photo gallery from my 2021 work. Some of these photos have appeared on the Reuters News Service, CanadianJournalist.ca and available for editorial licensing  through Redux Pictures.

If you are interest in a gallery exhibition of presentation of this please CONTACT US.

This entry was posted in #exploreNL, Canadian Journalist.ca, Latest Work, On the road, The Blogs, Uncategorized.