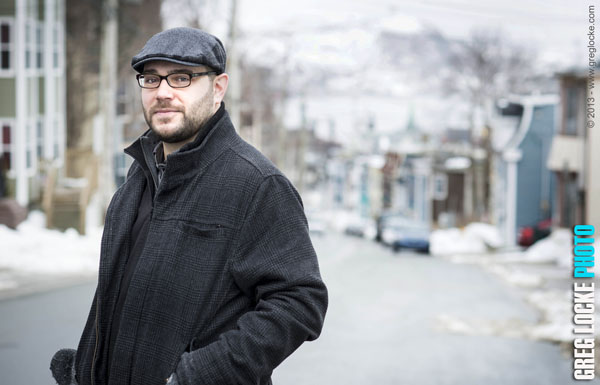 A big congratulations to Newfoundland’s Chad Pelley on winning the Salon Fiction Prize from the Saint John Telegraph Journal in Saint John, New Brunswick this weekend. Here is a photo from the shoot we did for the Telegraph-Journal last week and you can find a short video of Chad reading a passage from A Second Look at Nothing further down.

The Telegraph-Journal, is New Brunswick’s provincial newspaper, and this is the inaugural Salon Fiction Prize. Launched July 2012, the Salon Fiction Prize awards $1,000 for a previously unpublished work of Canadian short fiction. The winning piece is also published in the Telegraph-Journal’s weekend fine arts and culture section, Salon. A Second Look at Nothing is running in the Feb. 23 issue of Salon.