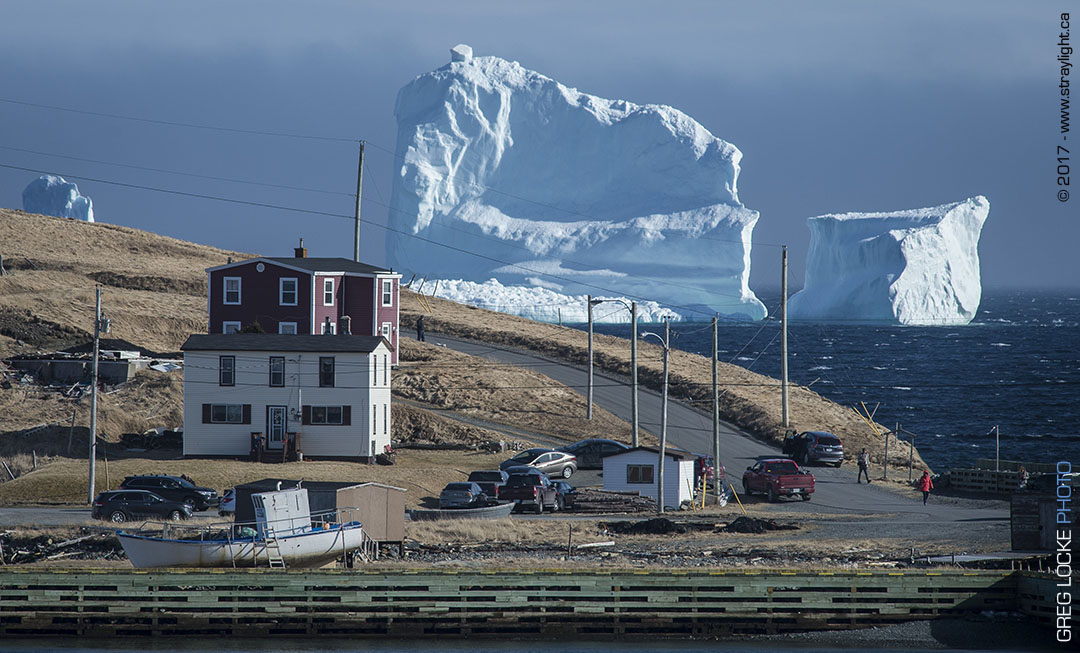 Residents get a view the first iceberg of the season in town of Ferryland as it passes the South Shore of Newfoundland, Canada April 16, 2017. Picture taken April 16, 2017. REUTERS/Greg Locke

Well, you don’t expect to see a pretty iceberg picture in the 100 photos of the year by a news magazine. Its the domain of serious news and current affair but there it was my “snap” from the little village of Ferryland on Newfoundland’s Southern Shore.  It’s a great way to kick off your year end chores of reviewing, cataloging and filing your year of photo making. Check out Time’s 2017 Top 100 Pictures for yourself! Its, as usual, a pretty amazing collection of the works best news photos for the year. TIME TOP 100