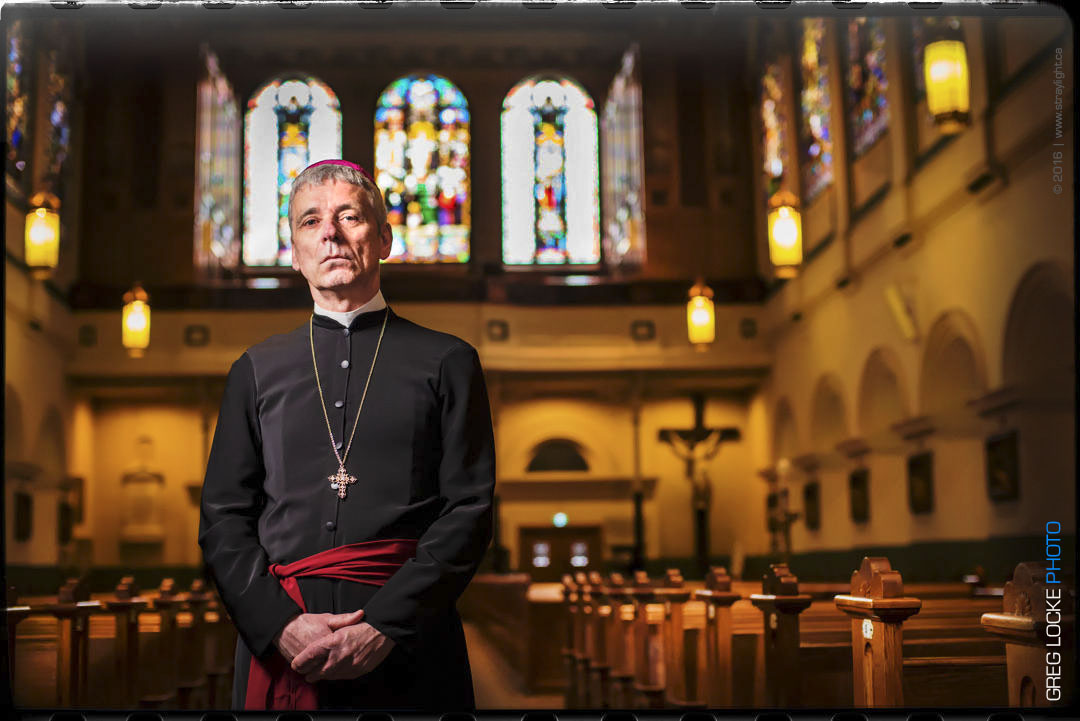 Congratulations to actor and playwright, Paul Rowe, on a successful season bringing Bishop Michael Fleming back to life during performances and guided tour of the Basilica of Saint John the Baptist in St John’s, Newfoundland this summer. Fleming made the building of the Basilica his life’s work. The national historic site and iconic landmark in the Newfoundland capital is one of those epic tales of human perseverance and will that leaves its mark in history. Check out the Basilica history for yourself! 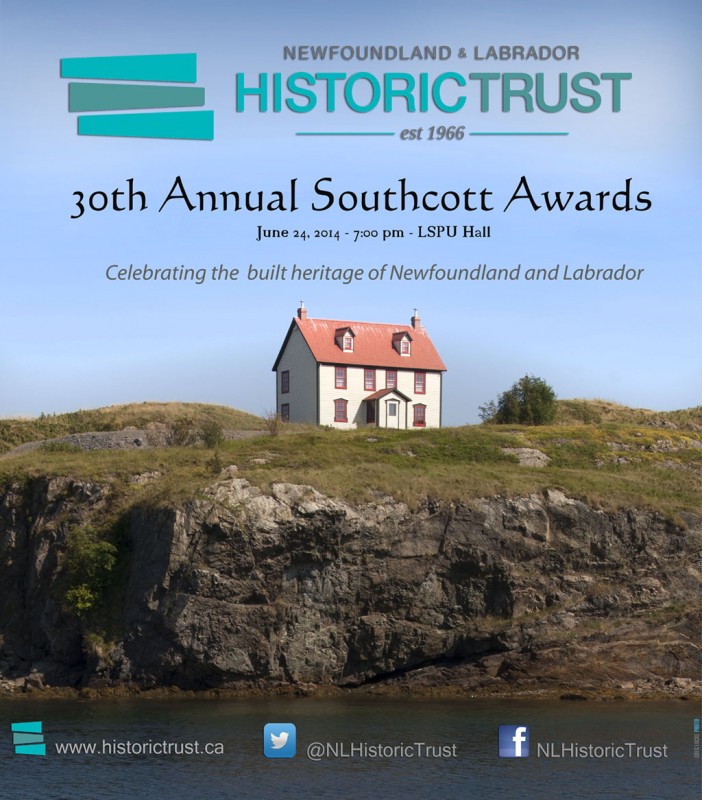 I shot this photo in Trinity, Newfoundland a number of year ago and finally got to use it in something!

The 2014 Southcott Awards by the Newfoundland Historic Trust is on June 24th and this year is special as its the 30th annual awards that celebrate and recognize groups, companies and individuals who are instrumental in the preservation, restoration and continuation of the architectural and built heritage of Newfoundland and Labrador. If you are anywhere near St. John’s come down to the LSPU Hall, a past Southcott winner, on June 24 at 7:00pm  …and its FREE!

When the Canadian dollar was worth 80 cents US, American film companies came to Vancouver and Toronto to make movies and TV series. The accountants did it to save money but the creative departments liked it because these Canadian cities, their skylines and wide swaths of their architecture, were so generic that they could pass for an American city.

This homogenisation of the North American urban landscape was seen as a positive trait for the film business but it pointed to the lack of distinctive image and by extension visual identity of our cities. Notwithstanding some iconic landmarks like the CN Tower, Signal Hill or the Parliament Buildings what sets our cities apart visually to give them their unique identities?

Architecture, geography and history is the answer and St. John’s, Newfoundland has all three in its favour when it comes to creating an identity all its own. Is it any wonder that they play large in the government’s award winning tourism marketing and the city itself is a more of a character than a scene in the hit CBC TV series, Republic of Doyle …albeit in slightly over-saturated hues.  The city is a visual feast with an identity all its own.

The multi-coloured houses of the downtown woven among historic buildings and sites, all set against the backdrop of surrounding hills are what comes to everyone’s minds when you say St. John’s, Newfoundland. They are unique and have value as such.

Marketing studies and TV glamour aside as a photographer and media producer I experience this with almost every assignment for a mainland TV company or publication. They want their shots to say St. John’s. It can be a product ad or a business portrait for a corporate annual report or magazine, they all want St. John’s as the backdrop. The city has become my studio and as a location it is in demand because it gives a unique and dramatic setting …dare I say exotic? It certainly is for those not from here.

I think everyone gets that we have a dramatic geography and environment. That’s pretty basic.  What is more ephemeral is the role of our history.

Because we have hundreds of years of history we have a legacy of art which documents the evolution of our culture and society. Be it music, visual art or the written word it is a documentation of our existence, our daily lives and even our political history. Art was the first form of journalism.

Architecture is the art of designing buildings and structures. The design of the places we live, work, worship and play and like all art reflects the society and culture that created it.

The results are cultural symbols and works of art. Historically, civilizations are often identified with their surviving architecture.

Of course, with art you have style and that is often represented by the tastes of a society at the time and will often mark a period in history. In a place with long histories you get a variety of architectural styles that reflect the evolution of society.  It’s what gives a city character and identity. New architecture has to live alongside the old, not replace it, to maintain the cultural and historic continuity and identity of the city.

If historic buildings and properties are destroyed needlessly for contemporary style or expediency then we are destroying our history and cultural identity as surely as if we destroyed our books and visual art.

The city loses its unique identity and stops being a marketable or desirable place to visit, do business or be a creative centre simply because it will be, visually, no different than any other small Canadian or American city.