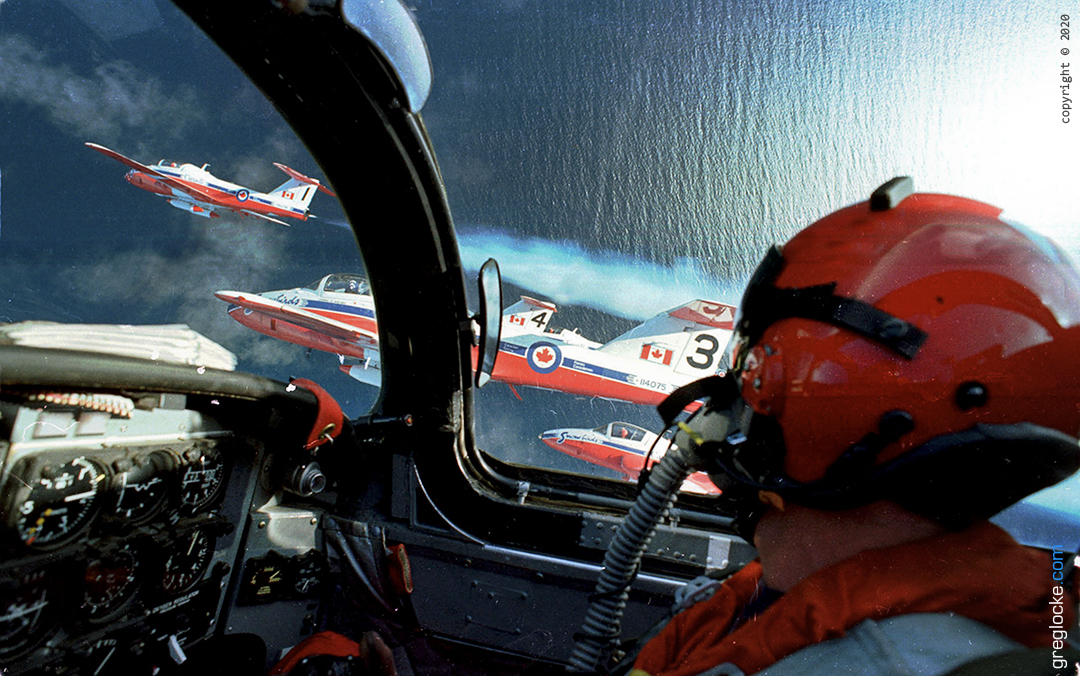 It’s sad to hear that The Snowbirds, the Royal Canadian Air Force aerobatic team, lost a crew member in a crash last month in Kamloops, B.C. Capt. Jenn Casey, a public affairs officer, was killed when she and pilot, Capt. Richard MacDougall, had to eject on take off from the airport after an apparent engine failure. They were enroute to Comox on Vancouver Island.

A native of Nova Scotia, Casey was a long-time journalist before joining the forces and becoming the Public Affairs officer for the Snow Birds. MacDougal, a veteran pilot, although seriously injured, is expected to make a full recovery.

A lucky few news photographers and journalists get to fly with the Snowbirds at their events. It is a once in a life time experience and an absolute privilege. Yes, it has its risks but these pilots and crew are total pros. I got to fly with them a long time ago in Newfoundland. Even with years of flying experience I was blown away by this flight …mostly upside down over the Atlantic Ocean.