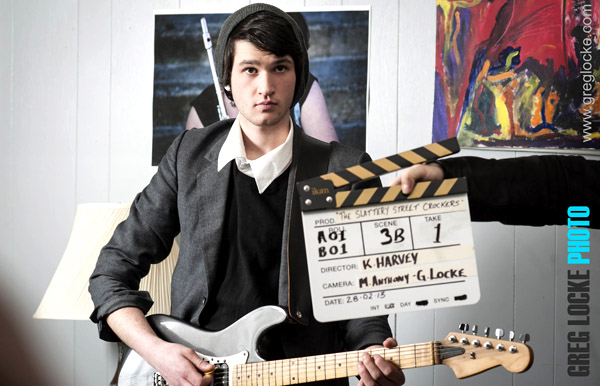 Sid Collins as Darry in The Slattery Street Crockers, Photo by Greg Locke © 2013

Principle photography wrapped on The Slattery Street Crockers over the weekend. This is a pilot for a new TV series by Newfoundland author and film maker, Kenneth J Harvey and will air sometime in the fall on NTV. Now its off to the editing suite for Ken and editor Christopher “Mr. Scissors” Darlington for assembly. It was a fast and furious week shooting in downtown St. John’s in the worst weather and location conditions but Ken could not have a gathered together a better cast and crew for the job. …you will not have seen St. John’s like this before.

This entry was posted in Latest Work, Stray Light Media, The Blogs, Video.