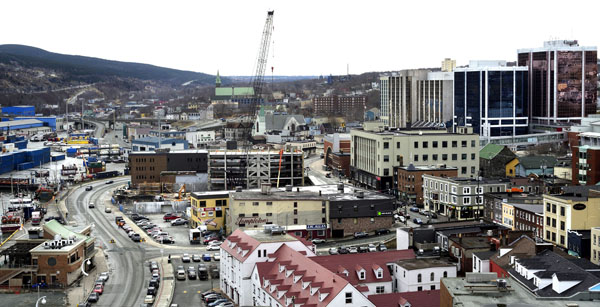 Here is the view of the west end of downtown St. John’s you don’t often get. This scene will change considerably over the next few years as three major office building construction projects have begun in the area after more than twenty-five years being vacant land prime for commercial development.

Camera #2 has been installed, with the view above, for our 15 month time-lapse project in the downtown. This site has a few more challenges …like wind, snow, fog and sea gulls …and their droppings! While Camera #1 is nice and warm and dry and next to a coffee machine in an office Camera #2 will have to brave the elements on the roof of an office tower for the next year.

If there was ever any doubt about the fickleness of the elements in St. John’s in Spring I offer up these photos as evidence. On the left is a shot done on a beautiful warm Friday afternoon in April as I was downloading data from the camera. The photo on the right was Monday morning. ...click to enlarge 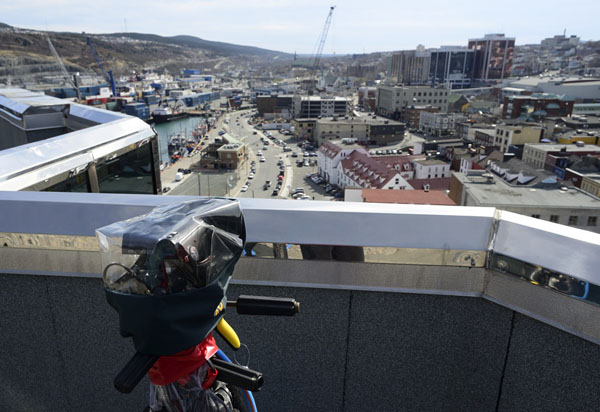 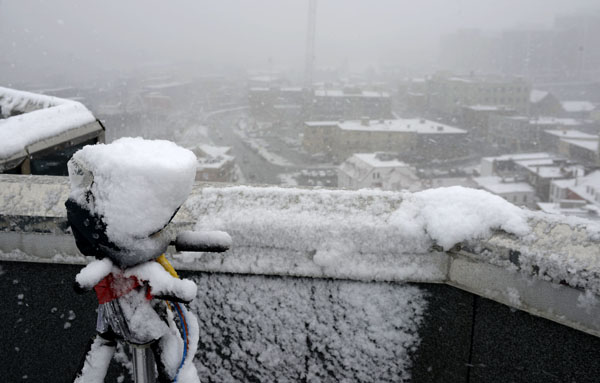